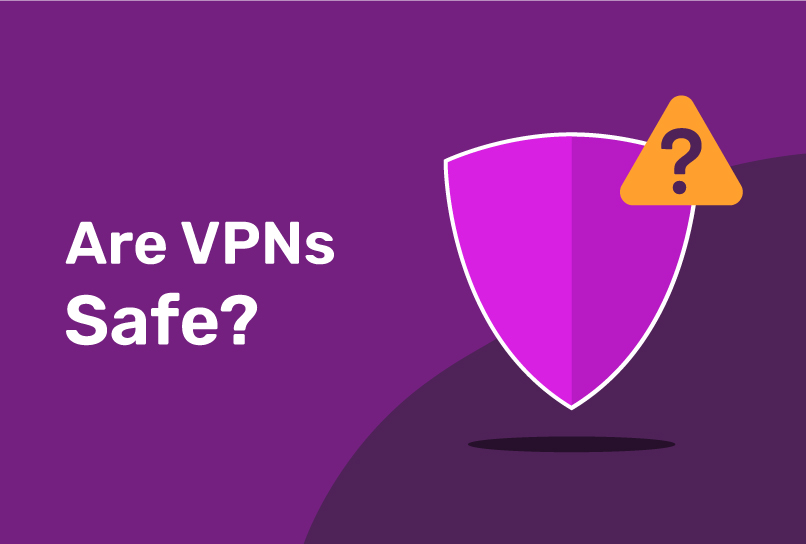 Do you know that VPN is not entirely safe as you think it is? You probably think using a VPN connection helps secure your data online. However, many things determine how safe a VPN connection is. Thus, the question of; whether VPNs are safe is quite a difficult one to answer.

VPNs are similar to proxies. They both route your data traffic via an intermediary server. However, unlike proxies, VPNs encrypt your data when you use it. Yet this method is not failsafe.

This article will explore the concept of VPN, the advantages and disadvantages of using it, and the safety concerns surrounding its use.

First, let’s discuss why you would use a VPN service.

Why Do You Need a VPN Service?

VPN stands for Virtual Private Network. As the name implies, it gives a selected few access to a protected connection when using public networks. So if you want your data traffic anonymized and difficult for third-party parties to track, a VPN service might be your best bet.

McAfee conducted a global survey in 2018. They found out that 43% of their respondents feel they lack control over their personal information. You probably feel the same way, too, and consider using VPNs.

VPNs have been around since the 1990s. Companies and their employees used the first VPNs. Companies used it to protect the flow of sensitive company information within a closed network among their employees. However, it was in the 2010s that VPN use became mainstream. Individuals started using VPNs to secure their data after a flurry of security breaches that rocked the early 2010s. GlobalWebIndex reported a fourfold increase in internet users who use VPNs between 2016 and 2018.

Another factor driving the increase in demand for VPNs is the need to access geographically restricted content. Video streaming sites like Netflix restrict some of their content based on geography. Modern VPNs spoof your location, so it appears that you’re visiting the site from another location.

You would most like use a VPN service if :

Why Are VPNs Safe? 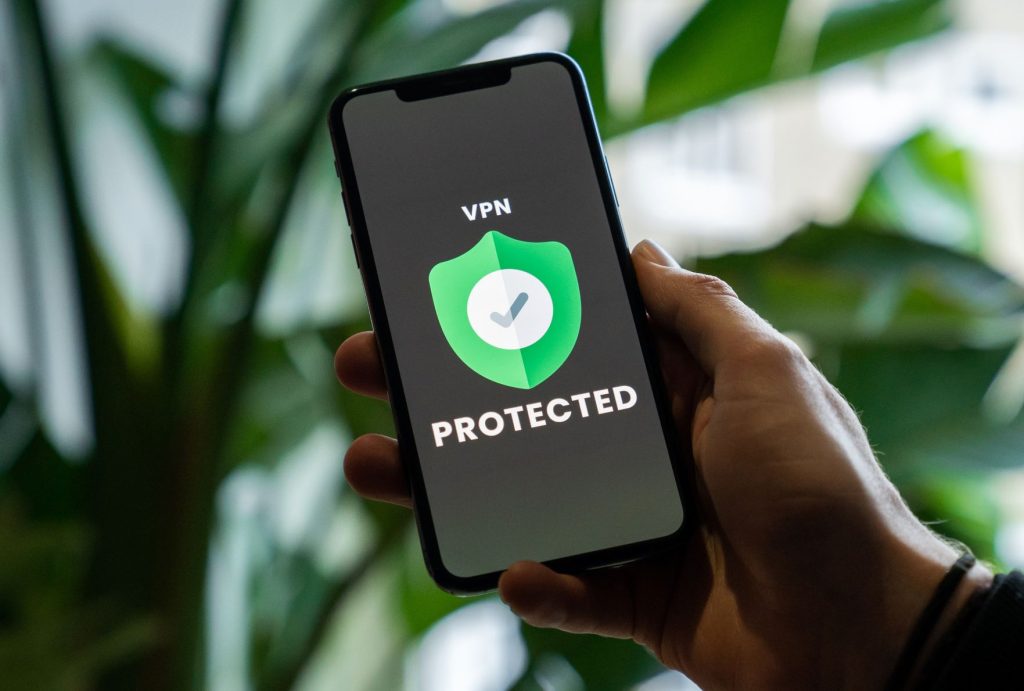 VPNs are considered safe because they encrypt user data traffic and make it hard for unauthorized agents to access such data.

A VPN connection adds an intermediary to the regular internet connection – your device and the Internet Service Provider (ISP). In the VPN connection, this intermediary is called the VPN server. These servers are usually computers in large data centers located in various parts of the globe.

When you surf the internet with a VPN connection, the VPN server receives your data and sends it to the ISP. This same thing also happens when the ISP sends data back to you. The VPN server cloaks your IP address; thus, the ISP cannot trace anything back to you. 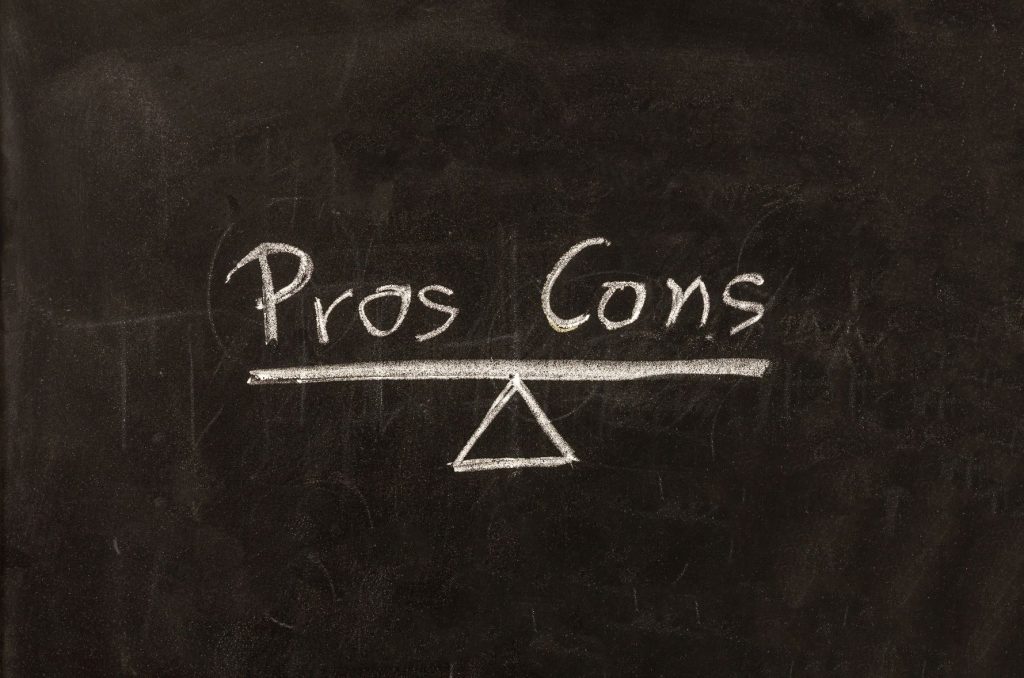 As you can imagine, using VPNs comes with its upsides and downsides. Here are the big advantages of using VPNs:

This is the biggest edge you get when you use a VPN. With a VPN, the data you send or receive is over the internet encrypted. This encryption is hard to break. Thus, cybercriminals or other malicious agents find it hard to steal your data.

Your IP address is masked with a different one such that your location can be spoofed. You will be able to access any content from any place with a VPN which means you can access locally available content.

If you are a remote worker, you most likely use a VPN connection to access important information from your company’s network. This kind of task requires a secure connection that reduces the risks of data leakage. And VPNs will help do just that.

Some of the downsides of using a VPN connection include the following.

Quality VPNs are quite expensive. There are free VPNs in the market. However, you can trust most of these VPNs to deliver the desired result. However, it is almost certain that access to trusted VPNs comes at a quite costly amount.

VPN connections suffer from slow speeds when compared to the normal internet connection. This is partly due to the process of encrypting and decrypting the data you send and receive. What you gain in privacy, you lose in speed.

Can a VPN Be Hacked? 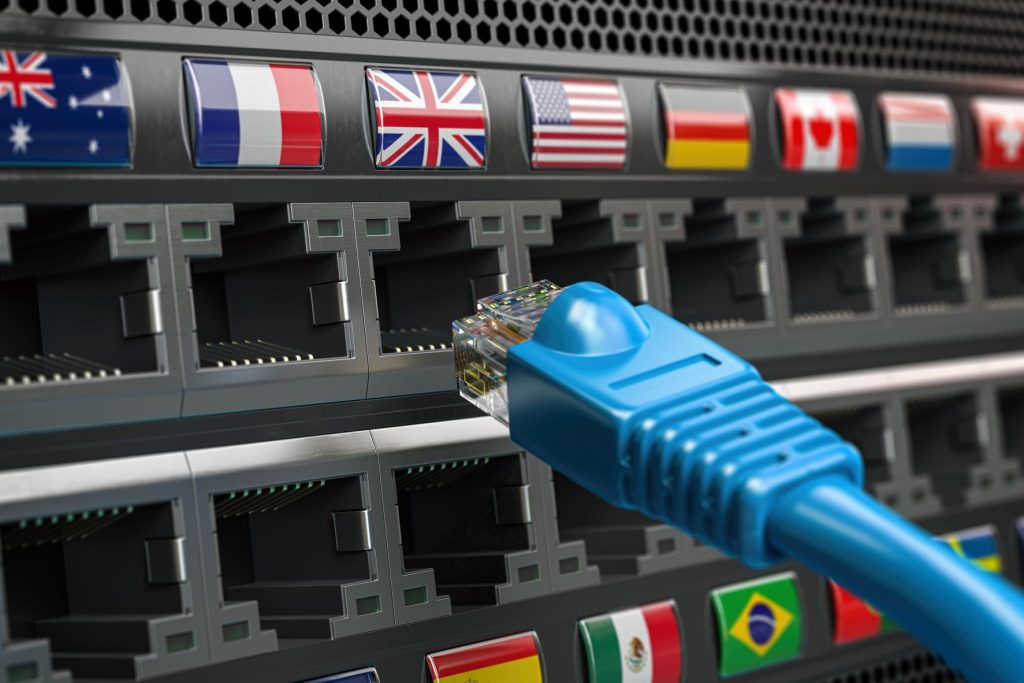 Ideally, a VPN should be foolproof to tamper and unauthorized access to your data. However, that’s not always the case. Sometimes, data is leaked, which defeats the exact reason VPNs are safe.

When your VPN is hacked, you risk exposing your personal information to the perpetrators of the hack. They might use this sensitive data to commit online crimes, commit credit card fraud, apply for government loans, or take out personal loans. These hacks can also expose you to unwanted surveillance.

These data leakages can be a result of your actions. When someone else gets access to your username and password, they can access your VPN connection and do anything they want.

Your VPN safety can still be compromised if you don’t inadvertently reveal your login details to malicious agents. This time VPN providers might be to blame. The VPN provider determines which VPN protocols are for data encryption.

The VPN tunneling protocol can be likened to the route through which your parcel (encrypted data) travels to reach its destination.

There are different kinds of these tunneling protocols, and each has different levels of security. When using an outdated tunneling protocol like PPTP, the risk of a data leak increases significantly. It isn’t easy with recent protocols like OpenVPN and WireGuard, but the possibility remains.

Another way VPN providers can be responsible for compromised VPN connections is when they use poor encryption methods and flawed authentication systems. Try to picture what happens when you secure a gate with a broomstick. This is the kind of situation when VPN systems use outdated authentication methods. They are porous and defenseless against hackers.

VPN servers are the backbone of the VPN connection process. These servers are computers located in a physical point. Breaches in these locations can spell disaster for users of the VPN service.

In essence, the VPN safety depends significantly on the VPN provider. So, the question of which VPN is the safest cannot be answered. How well you can trust your VPN provider will be a better question.

So far, we have talked about VPN and if it is as safe as we think it is. We know that how safe a VPN is has a lot to do with the VPN provider. And that’s a lot of responsibility for VPN providers.

Not only that, there is little VPN can do to keep a user fully anonymous on the internet. Your actions can still be tracked online even though they can’t tie the activity to you.

For example, if you search for anything on Google, Google might not know it is you. But if you are signed in to your Account, Google knows it is you, regardless of your IP address, that a VPN masks.

Online tracking and profiling is a complex system that goes beyond IP address change alone. Big Tech companies like Google get data from a variety of sources. As a result, VPN only offers a basic level of internet anonymity. VPNs are powerless in the face of modern tracking techniques like browser fingerprinting.

An anti-detect browser offers a higher level of anonymity on the internet. They do this by spoofing your browser fingerprint. Your browsing profile will be attached with a modified digital fingerprint that is as generic as possible. Websites and other tracking agents won’t be able to collect accurate data on your internet activities.

This is just one of the many things you can do with an anti-detect browser.

Imagine having to run multiple accounts with the regular browser and VPN and yet be privacy-conscious. That’s going to be like pulling off a ‘mission impossible’ stunt.

With an anti-detect browser like Incogniton, you can operate multiple accounts with separate browser fingerprints from the same browser interface. These unique fingerprints can be activated within minutes and when you switch between the profiles like using tabs in a browser.

You might think, “Wait a minute, Chrome already allows me to have many browser profiles!” True, but not to the same extent – these profiles can still be linked to your IP address, hardware, and other information.

An anti-detect browser alters your browser fingerprint completely, making it appear as though you’re connecting from a different device. This allows you to have many browsing profiles that aren’t linked to one other.

Anti-detect browsers aren’t the only tool to keep your digital identities private. However, they’re easier to handle than running multiple different devices.

The article discussed VPN safety, the pros and cons of using VPNs, and how anti-detect browsers are viable alternatives if you want data to remain fully private to you.

Remember that using a VPN doesn’t guarantee full online safety and data privacy. Many factors which are out of your control determine how safe a VPN connection is.

An anti-detect browser is a viable alternative to VPNs, especially if you’re a user who uses multiple accounts and is concerned about online profiling. You would be able to manage different accounts and worry less about being tracked online.

Let’s ask again: Is VPN safe? I’ll leave you to answer that question.

VPNs are legal in many countries; however, using a VPN to do something illegal is not. A VPN may help to conceal your identity or hide your IP address, but copyright infringement or cybercrime will still land you in trouble with the law.

Which is better: Proxy or VPN?

VPNs are more efficient tools in terms of data privacy and anonymity online. Though similar to VPNs, proxies do not always encrypt your data and therefore leave you vulnerable to attacks from malicious agents. Find out more about proxies in this blog post (Residential vs. Datacenter Proxies)

Are there free anti detect browsers?

You can use most anti detect browsers for free for a certain period. After this free trial expires, you have to start paying to access the tool. However, with Incogniton, you get a starter package that has 10 free forever profiles. 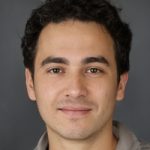 Paul has been passionate about content writing since 2010. During his career he has managed to accumulate a lot of experience in covering various fields, while focusing on cyber security and technical writing. Paul has always been fond of technology and the digital world, thus, conducting in-depth research and learning what’s happening around is a major part of his everyday life. Currently, he is a content director at Incogniton, where he enjoys helping the staff to better their skills and come up with catchy and useful content for the audience.